They have climbed up the spire of the main church in Ulm, the tallest gothic building in the world. The foehn is blowing and the air is crystal clear as a teardrop. From that height, their gazes stretch as far as the peaks of the Alps, and the Münsterplatz looks like a miniature down below. Otto holds his breath and leans out over the void holding on to his friend's hand, while Fridolin acts as a counterweight.

"Trust me, Otl!"
"Okay, Frido, hand me the camera first, and then the mirror."
Otl stretches his arm and pushes the shutter button on his Rolleiflex as soon as he sees the reflection of a smiling gargoyle.

Some of those extraordinary photographs have reached us through the Volkshochschule calendar for 1947. They are the result of a combination of the latest and boldest German technology-the kind that really takes you out on a limb-and the originality of someone who is capable of seeing beyond the lens.

Otl Aicher was not allowed to go to university. Far from resigning himself, he decided to be a self-taught man, to the extent of becoming -jointly with his wife Inge Scholl- the foremost promoter of cultural activity in Ulm during the post-war period. Otl Aicher's legacy includes the founding of the HfG in ULM, the school that defined design as we understand it today, as well as a handful of works that forged the identity of companies the likes of Lufthansa, Braun, Erco, and bulthaup; unforgettable images such as that of the 1972 Munich Olympics, and the Rotis typeface -the one I am using right now. 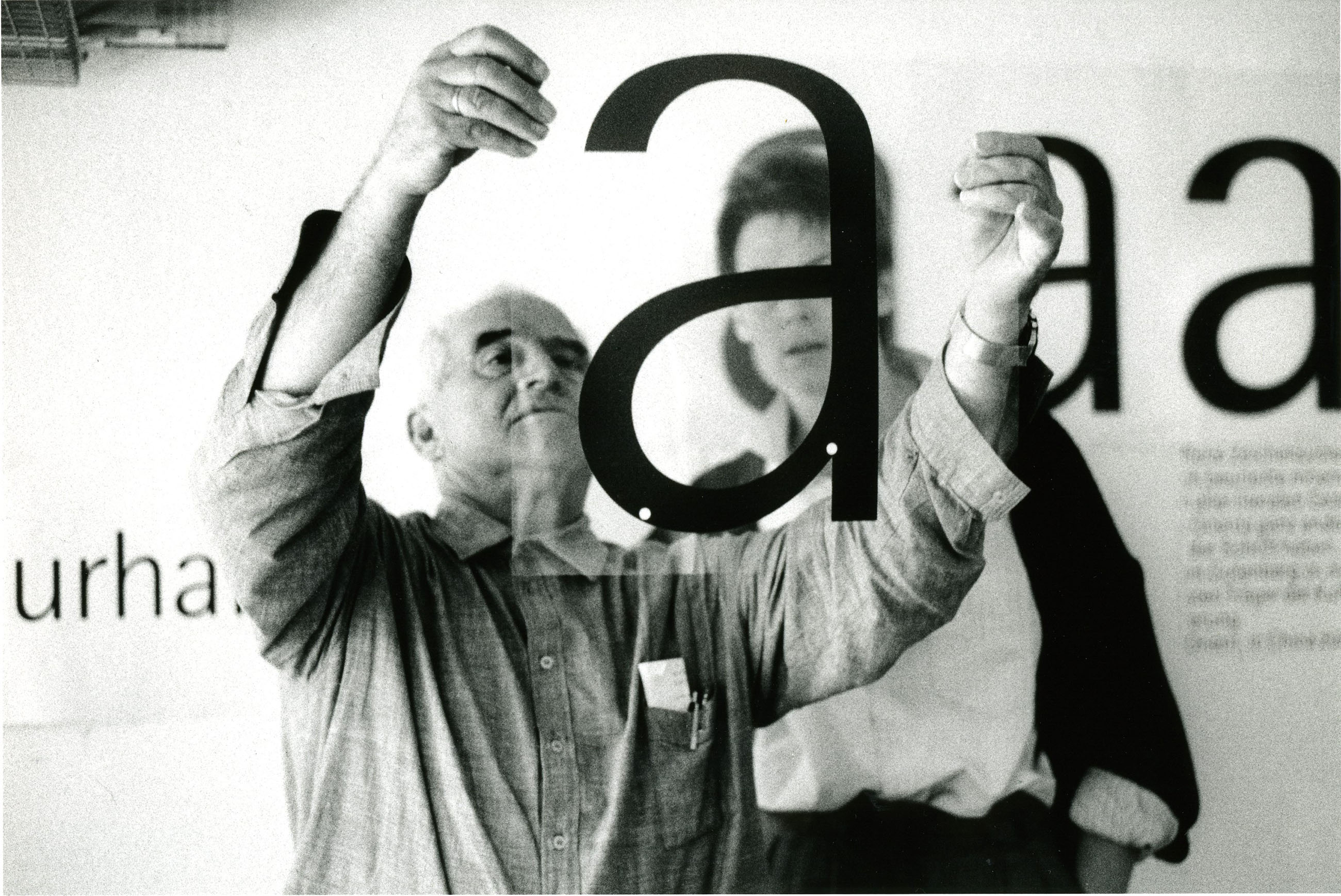 However, if Otl Aicher has been remembered as one of the most prominent graphic designers of the 20th century, it is partly due to that ability of his to see beyond a lens polished in Jena. Design is the art of giving efficient, elegant answers to often complex formal questions. A poster announcing a lecture, a book, a company's corporate identity, and, ultimately, the clear, memorable communication of content are the specific missions of a graphic designer. Yet for Aicher design was, in addition to all of that, an ethical imperative -in other words, a way of testing the moral integrity of society and of his clients.

Starting in 1979, bulthaup, led by its then recently-appointed CEO Gerd Bulthaup (1944-2019), was put to that test. The affinity between the two men, which developed over more than three years of joint travels and interviews, dramatically transformed a high-quality furniture factory into a privileged instrument of reflection about modern domestic life.

While for Gerd Bulthaup Aicher served as the perfect counterweight, and one of those hands you could trust before leaning out into the void, for bulthaup Aicher was like that click of a camera shot that reveals something radically new. 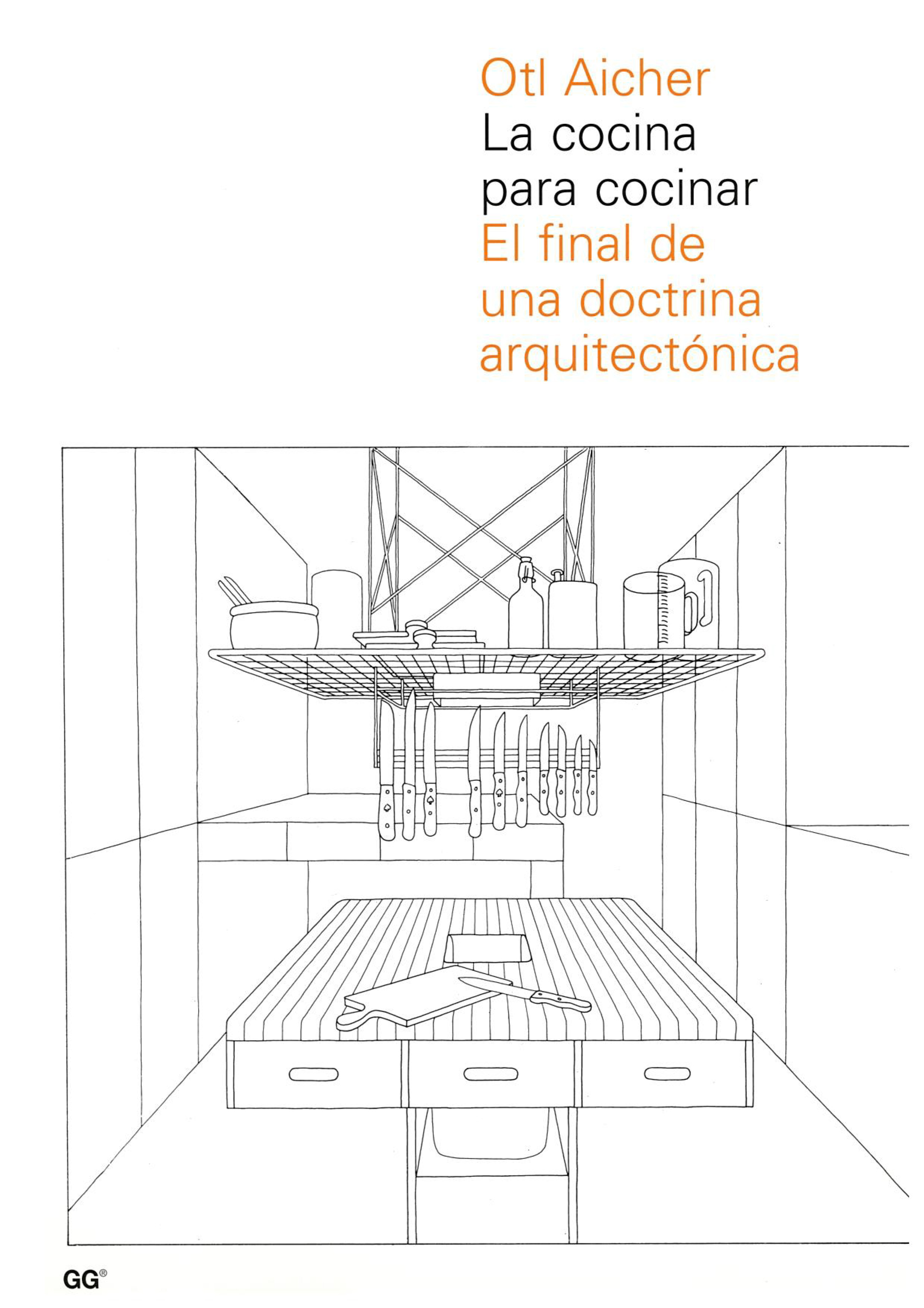 Architect Arturo Frediani will be one of the speakers at the panel discussion The Perversity of Beauty. The Legacy of Otl Aicher in Times of Post-Truth, which we are holding in Madrid, Barcelona and Girona to celebrate bulthaup's 70th anniversary.

The dialogues will take place in:

change apply
On the bulthaup website, we use first- and third-party cookies. These comprise: essential cookies, which are strictly necessary for using the website; functionality cookies, which offer you more convenience when you use the website; performance cookies, which bulthaup uses to generate aggregated website usage data and statistics; marketing cookies, which facilitate the display of relevant content and advertising. By clicking on “Accept all cookies,” you consent to the use of all cookies. Under “Settings,” you can customize your preferences and revoke, for future effect, any consent granted.
Accept all cookies
Settings
Functional Cookies
Essential Cookies
Marketing Cookies
Performance Cookies
What Are Cookies?
Functional Cookies
Functional cookies allow the website to remember information previously provided (e.g. registered username, language preference) and to use this information to provide you with more convenience by means of improved and personalized settings. These cookies only collect and store your information in such a way that your activities on other websites cannot be tracked.
Accept all functional cookies
Save Settings
Essential Cookies
Essential cookies enable functions without which you would be unable to use the bulthaup website in the intended manner. These cookies are deployed solely by bulthaup (first-party cookies). This means that all information stored within the cookies is returned to the bulthaup website. One use of these cookies, for example, is to allow you – as a registered user – to remain logged in when you access various sub-pages on our website, meaning that you do not have to reenter your log-in details every time you access a new page.
Save Settings
Marketing Cookies
Marketing cookies originate from external advertisers (third-party cookies) and are used to collect information about the Web pages visited by the visitor, the aim being to develop and display target group-relevant content and advertising for the visitor.
Accept all marketing cookies
Save Settings
Performance Cookies
Performance cookies collect aggregated information about how the bulthaup website is used, with a view to increasing its attractiveness, content, and functionality. These cookies help bulthaup to determine whether sub-pages of the bulthaup website are visited, how often they are visited, and the length of the visits, as well as which content is of particular interest to users. These cookies also track search terms, the country and region (and, where applicable, the city) from which the website is accessed, and the share of mobile devices accessing the bulthaup website. We use this information to compile statistics in order to tailor the website more closely to your requirements and optimize the bulthaup offering.
Accept all performance cookies
Save Settings
What Are Cookies?
Cookies are text files that are stored on your device by your browser for the purpose of remembering specific information. Using the information stored and returned, the website concerned recognizes that you have already accessed and visited the site with the browser on your device. Here at bulthaup, we use this information to optimally design and display our website in line with your preferences. Only the cookie itself is identified on your device. Personal data will only be stored with your express consent or, where necessary, to enable use of the service provided by us and accessed by you. Click on the various categories for further details. Here, you can also customize your preferences and revoke, for future effect, any consent granted.
Accept all cookies
Save Settings