The name Desenhabitado, chosen by Fernanda and Pedro Mendonça, perfectly sums up the concept on which they strove to base their company from the very start, when they founded it in 2005: to offer excellent kitchens that were functionally tried-and-true, provided high and long-lasting aesthetic quality, and were capable of being integrated into a home environment that had been planned and implemented according to the highest standards.

The passion for gastronomy as the engine of the project

For Fernanda Mendonça, an architect by training and the first person to work with bulthaup in Portugal, founding the company was like specializing in an area that had always attracted her and to which she began devoting all of her time.

On the other hand, for Pedro, an industrial designer, it implied abandoning an international career to apply the same rigorous modus operandi with which he was so familiar to a more flexible activity that allowed him to introduce a vital dose of creativity into his professional life.

However, what truly made the business coalesce was the passion they both share for gastronomy and travel—the passion that often drives them to explore remote corners of the earth and that operates like a critical creative stimulus in the company’s everyday operations.

The business, which started up in Estoril, near Lisbon, where Desenhabitado had its design workshop and showroom for seven years, quickly grew. “Our success was based on several factors: the quality of our products, our customer service (one of our distinguishing features) and also the important contribution of our associates—the architecture and interior design firms we work with.” “In a country where architecture is one of the main sources of creativity, this relationship, which we always seek to foster, has turned out to be of the utmost importance,” says Pedro Mendonça. 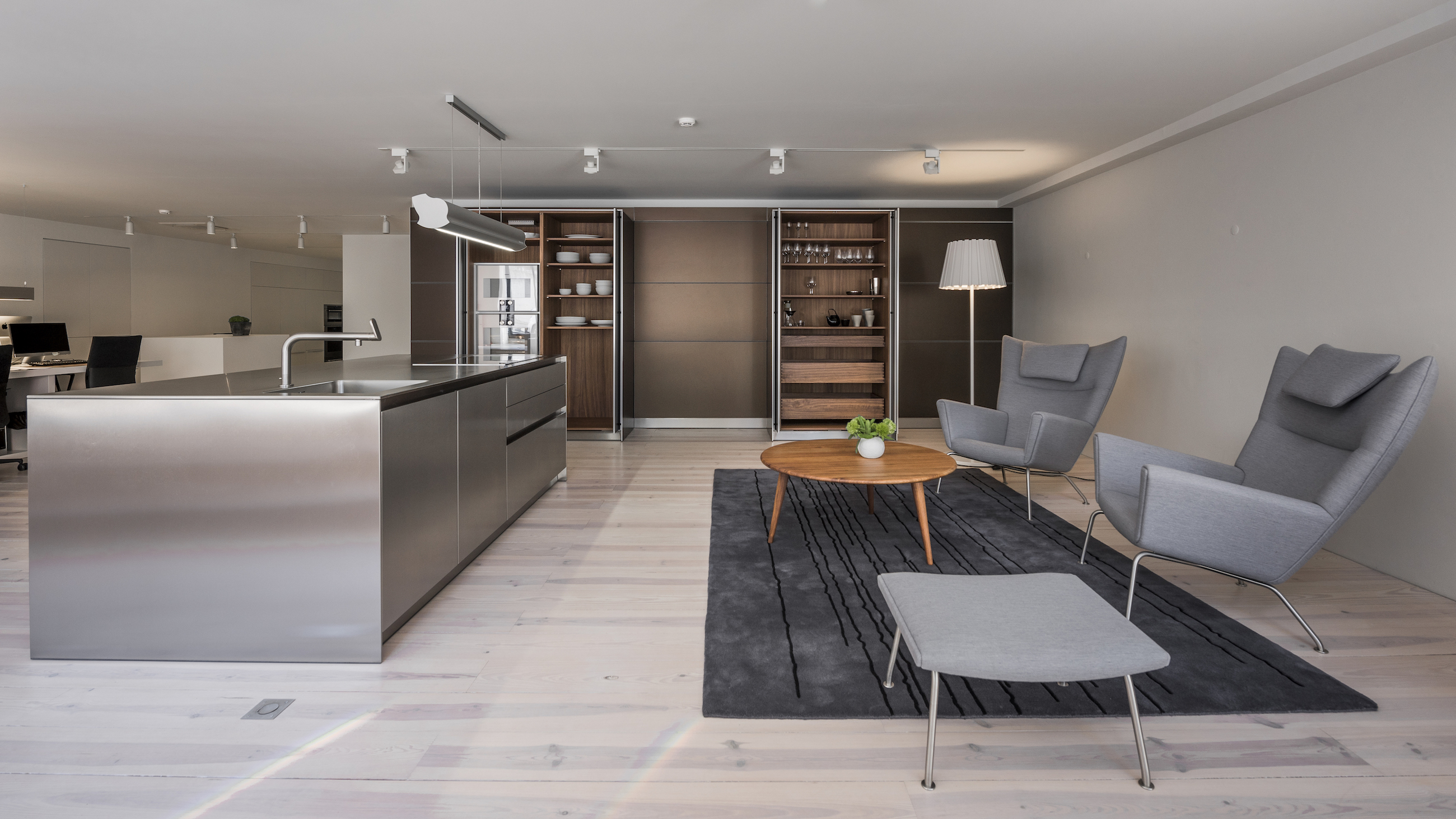 The importance of collaboration with architects and interior designers

“Equally important,” adds Fernanda, “was the new conception of the kitchen as a part of the home which, in recent decades, went from being relegated to the background━given its connotations of a work space fulfilling basic needs━to taking over a central position in the home, as a symbol of sharing and enjoyment. Food, and everything associated with it, has attained a new dimension in this day and age. While the process of chefs becoming media stars has played an important part in this transformation, the fact is that our projects and our kitchens have ceased to have a purely instrumental role and are contributing to this new reality. As a woman and an architect in a country in southern Europe, where cooking has always held a special place in our lives, being able to participate actively in this transformation is a truly rewarding experience.”

The development of Desenhabitado, in which bulthaup played a key role, led the couple to consider a new goal: to open, in 2009, a space devoted exclusively to this brand, with the focus which they believed it merited, both in terms of location and of prominence. That was how, in the midst of the worldwide economic crisis, in an act that may be considered bold, but at the same time reflective of a thorough knowledge of the market and of the product’s potential, bulthaup moved into a 240 m2 showroom in Chiado, one of the most elegant neighborhoods in the city of Lisbon and, what’s more, in a nineteenth-century building with a breathtaking view of the city against the backdrop of the Tagus River.

This unique showroom, where visitors could view and experience a broad spectrum of kitchen designs, doubled as a dynamic space for holding a variety of events, such as art shows, presentations, and live cooking sessions. Thanks to the team’s ongoing work, all these efforts served to reinforce bulthaup’s visibility and positioning.

But that’s not where the story ends: once again, the circumstances, such as the opening of the new showroom, the current vibrant activity in this city, and the owners’ interest in gastronomy converged in the conception of a new project in which bulthaup plays a leading role. Pedro reminds us that the first time they saw the space in the Chiado, he and Fernanda thought, almost in unison: “this is a perfect place for a marvelous restaurant.” And now, after moving the showroom to its new location, that idea is taking shape jointly with chef Vincent Farges. We will keep you posted as soon as it opens!

The young Mallorcan chef tells us how his vocation developed and reflects upon his passion for cooking.