Santi Taura, the chef who has succeeded in turning his restaurant into a place of pilgrimage for both local and foreign food connoisseurs, tells us that he came across his profession by chance. “Things are very different now. Twenty-six years ago, being a chef wasn’t as popular a profession as it is now, and at the time I wanted to do something different. I wanted a creative career without a ceiling, and I stumbled upon cooking. It turned out to be perfect for me. It happened when I was thirteen, when I had to decide what direction to head in after middle school.” And he adds, “From that moment on, my passion built up slowly, day by day, dish by dish, recipe by recipe, and I realized it was what I wanted to keep on doing for the rest of my life.”

For Santi, “work, passion, and perseverance” are the only way to reach excellence in his field. However, he adds, “you can’t overlook the great team behind this project.” The project focuses on recovering the culinary memory of Mallorca through the reinterpretation of classic dishes that were in danger of become mediocre and losing their character.

To do so, ever since he opened his first restaurant in 2003, Taura has been pursuing an intense research effort, exploring traditional Mallorcan recipes and reexamining the extraordinary products that the island has to offer­—as we were delighted to witness at the bulthaup event held at the Bodegas Ferrer winery last November.

Taura, who discovered his passion early on and never considered alternative interests (“I got it right the first time around”), reflects on the dilemma between working alone or as part of a team. Although he acknowledges that he feels very comfortable on his own, “without a good team, this project wouldn’t have been possible, because my goals became our goals.” He also admits to another key influence: “The most important person in my life is my wife, who gives me her help, support, and advice. Without her, neither the project nor the Santi Taura brand would be where they are now.”

Taura is a long-distance runner. As he explains, “I started up my restaurant in Lloseta slowly but steadily, with just a few tables. Later on I hired a waiter […]. I gradually filled the place up and my waiting list got longer.” Dins, the second venue next to the classic Restaurante Santi Taura, was conceived as a cooking workshop set around a sleek bulthaup b2 workbench, facing an open space with two long tables for the guests. With the apparently simple formula of a tasting menu, Taura has managed to build up over a year’s worth of reservations. As we learn from his website, Dins “was born from Santi’s necessity and concern about showing you […] Balearic cuisine from a different perspective [..] with new ingredients that, due to their exclusivity, market price, or cooking techniques, are not used in the main restaurant.”

A fine example of this culinary reinterpretation process is the recipe for Mallorcan pork tenderloin with grape juice and cinnamon sauce that the chef offers us in the Gourmet section of this blog. When asked about the key to his success, Santi Taura does not hesitate: “Generosity. I give everything to this project. Sheer devotion.” 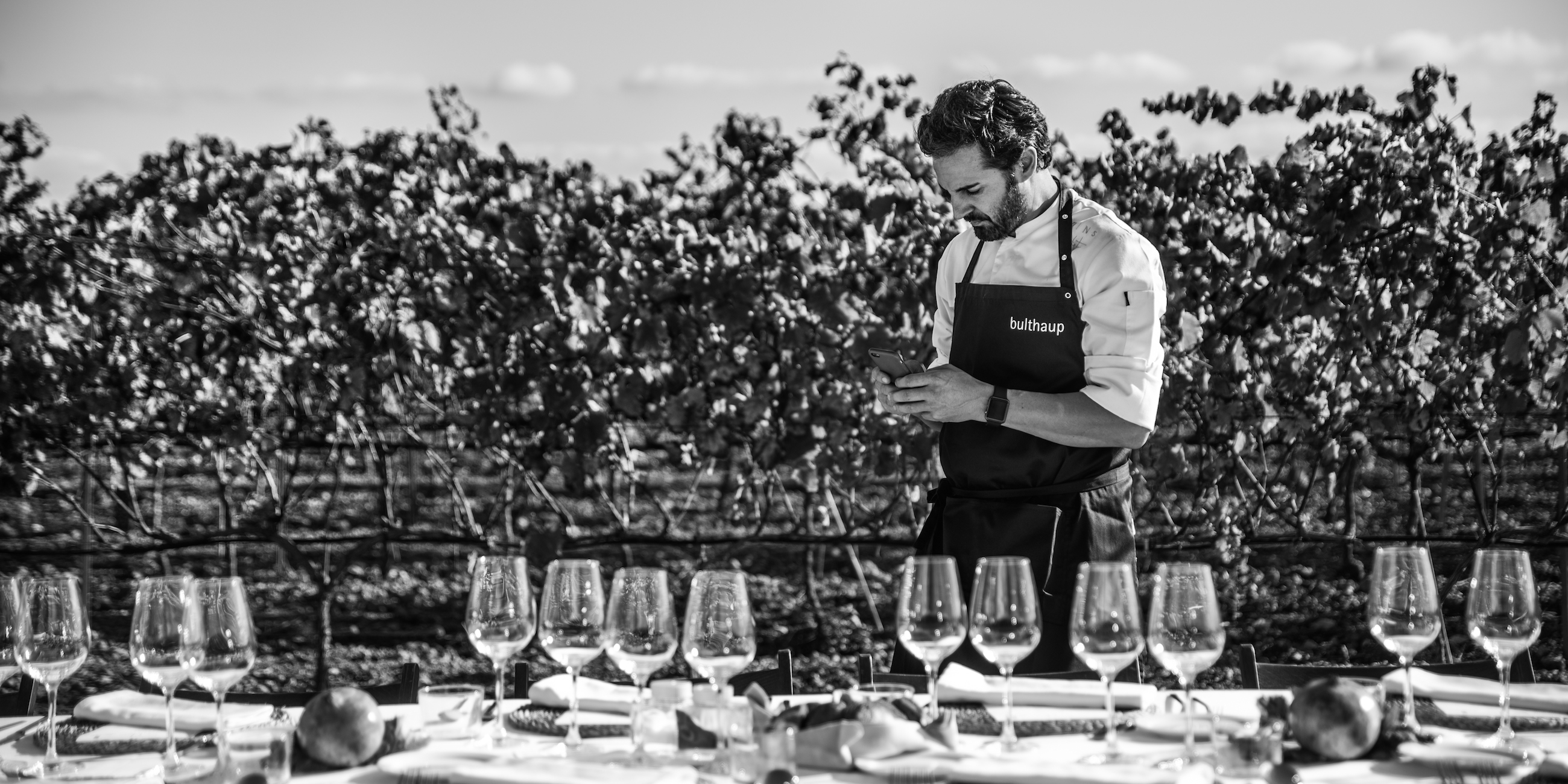