In kitchens, as in other areas of a home, one often sees equipment intended for professional settings being adapted for domestic use. The reverse is less frequent: a system designed for the home being used in a demanding professional context.

This is precisely what Fernanda and Pedro Mendonça—the owners of Desenhabitado, the bulthaup showroom in Lisbon—jointly with chef Vincent Farges, have set out to do with their new project, the much-awaited restaurant that will soon open its doors in the Portuguese capital.

Among other striking features, this space includes a kitchen that occupies close to 100 m2 out of a total surface area of 240 m2. Equipped with bulthaup furniture, it will be accessible to the restaurant’s customers.

A bulthaup kitchen at center stage

This unusual protagonism granted to the kitchen is due, on the one hand, to Fernanda and Pedro’s experience and knowledge of bulthaup furniture; and, on the other, to the supervision of chef Vincent Farges. But above all, it is part of a broader concept that Pedro Mendonça describes: “What usually happens when you design a restaurant is that you start off by defining the public areas based on a certain image, whereas the kitchen is conceived according to strictly functional considerations. We chose a different approach: a kitchen conceived from the outside in. We consider the restaurant to be an organic whole, and therefore treated the kitchen according to the same premises we apply in the public areas. If the priorities for the main dining room area were pure lines, top-quality materials and the utmost attention to detail—from the architecture down to the lighting, the napkins and the furniture—and it all comes together to provide a multi-sensorial experience, why not include that other part, the kitchen, which is absolutely essential in a venue of this sort? And the fact is that bulthaup has shown itself to be essential in breaking down barriers between spaces.”

The project arose from the confluence of a series of ideas such as a passion for gastronomy, experiences arising around a table, the pleasure of sharing, durability and also aesthetic emotions based on values such as authenticity. The space had to reflect these experiences and principles, focusing on the three aspects that had been identified as key: gastronomy, architecture, and equipment, all of which had to meet the same rigorous standards. 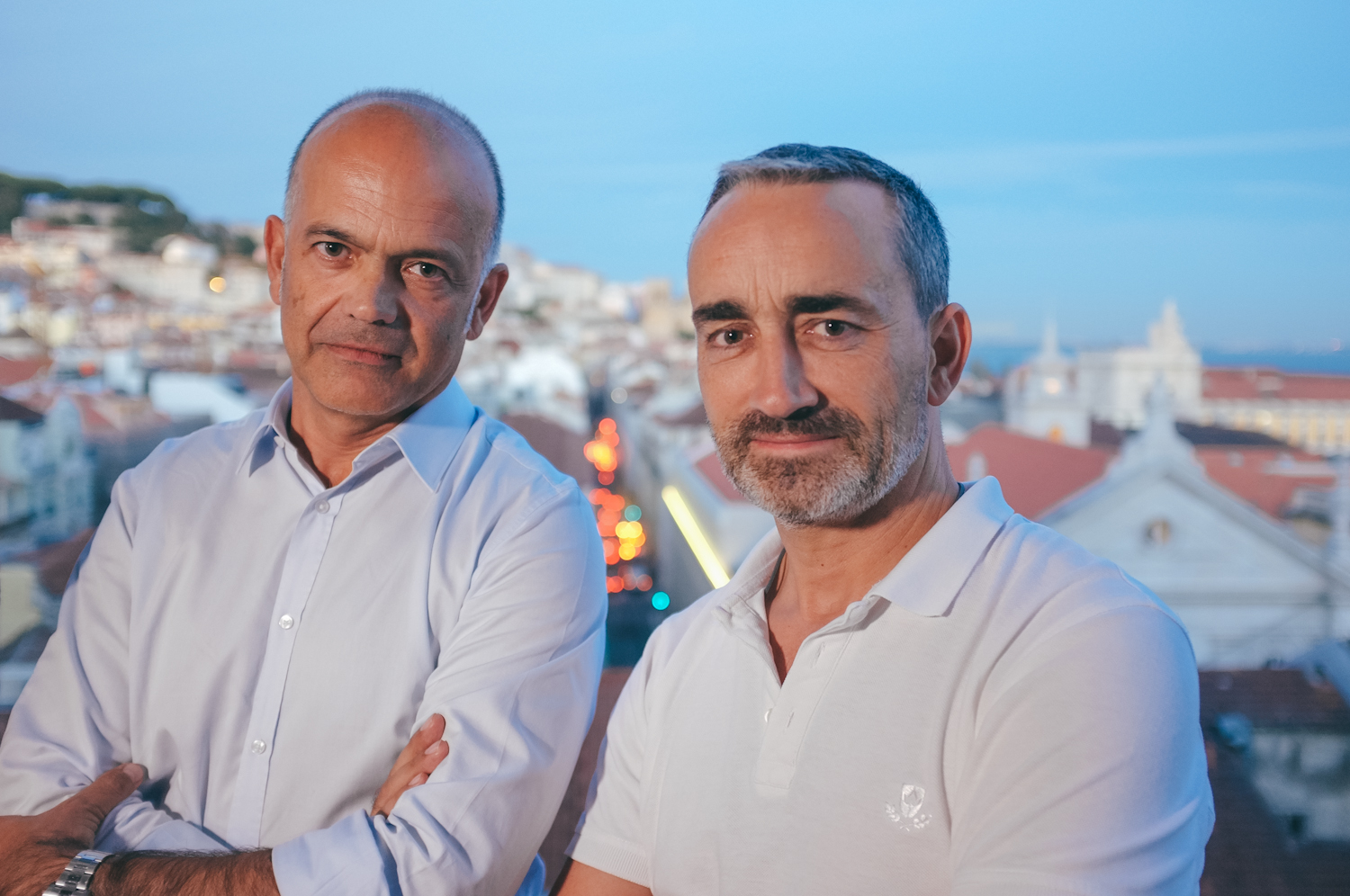 An exceptional location in the Chiado

At the venue that until recently housed the bulthaup showroom in Lisbon, in a nineteenth-century building with a Pombalian flair, the restaurant is located on the Largo da Academia das Belas Artes, in the elegant Chiado neighborhood with magnificent views overlooking the center of the city and the majestic Tagus river.

Its location in one of the liveliest areas in Lisbon, home to some of the best restaurants in town, is undoubtedly a huge advantage; however, its status as a historical quarter with many architectural landmarks requiring strict building regulations also posed a considerable challenge.

The project was entrusted to the renowned Guedes Cruz architecture firm, which had already completed several projects for bulthaup Desenhabitado in the past and eagerly took on the commission, given the interesting challenge it involved.

“A restaurant is also something very special, especially when it’s at this level. Although we had already worked with bulthaup kitchens in our projects, in this case it was a space with real character, a Pombalian building with highly valuable existing elements, like the tilework on the walls and the wood floors.” As the historical building had originally been designed for residential purposes, the space was divided according to a completely different logic, and so any alteration was likely to turn into a real brain-teaser.

Nevertheless, the team comprising José Guedes Cruz, Marco Martínez Marinho and César Marques clearly identified the challenges posed by the space. “The main difficulty was how to reconcile the adaptation of these preexisting elements with the need to create an original identity that contained an element of surprise without compromising the main purpose of the space. In addition, it had to have meaning; it couldn’t be gratuitous. From our perspective, that’s an essential aspect. All of our projects are based on an overarching philosophy that’s adapted to each specific space, where everything has to be there for a reason. In this case, it couldn’t be otherwise. From the very beginning we had a fairly clear idea of the divisions within the space and their functionality, because the place itself shaped our decisions.”

The kitchen occupies the west end of the venue, the side facing the Largo da Academia das Belas Artes. It is the first space you see when you step into the restaurant, highlighting the importance of the work done within. From the hallway leading to the reception area, which also houses a state-of-the-art wine closet, separated from the kitchen by a single glass panel, you can watch the highly organized frenzy of activity among the restaurant staff, in an environment where bulthaup furniture prevails.

Here, more than anywhere else, is where the painstaking attention to detail is apparent in a project that has remained faithful to the teachings of the Ulm School of Design, according to which functionality, ergonomics and genuine materials are vital for creating each space. The main dining room occupies the east side of the venue, overlooking the Baixa neighborhood and the broad estuary of the Tagus: a luminous setting for gatherings and celebrations, where the cuisine of Vincent Farges will rule supreme, and where the project’s fundamental concepts and their interpretation by the architects are most vividly apparent.

It is a project that strives to capture the memory of the place while not only liberating but also elevating it, granting a new identity to the space. This ingenious and original solution, conceived as a whole, generates the perfect symbiosis for the new restaurant that will soon be open to the public in Lisbon.

The winner of the 2017 bulthaup | The kitchen as a living space" competition: The M3 house by Osvaldo Luppi

The award was granted to the M3 house in acknowledgment of the solutions chosen by architect Osvaldo Luppi.

“Cooking is performing art, and a meal is the ancestral sculpture of mankind. Prepared food is a medium to express thoughts and feelings.” —Peter Kubelka

The workbench can be all of the above or only a part: as it is made up of individual modules placed between two clamping jaws, the user can choose one or several.