bulthaup: the value of timelessness

The origins of the extraordinary entrepreneurial and creative venture of the bulthaup brand date back to 1949, when Martin Bulthaup established the Martin Bulthaup Furniture Factory in the midst of the reconstruction of Germany after World War II. Bulthaup began by producing kitchen sideboards that met the highest standards of workmanship and material quality and sought to rescue the kitchen from being in the enclosed place where a woman’s work was done and turn it into a space for the entire family to gather.

The Kitchen for Cooking

In the 1980s, the recently-deceased Gerd Bulthaup, son of the brand’s founder, stepped up to head the company, and it was under his management that bulthaup made the qualitative leap that would turn it into the uncontested leader in the premium kitchen sector. Gerd Bulthaup, who was passionate about architecture, the Bauhaus philosophy and timeless design, teamed up with designer Otl Aicher to analyze the act of cooking and determine its cultural, ergonomic and functional components. The result of this collaboration eventually materialized in Aicher's classic book The Kitchen for Cooking. 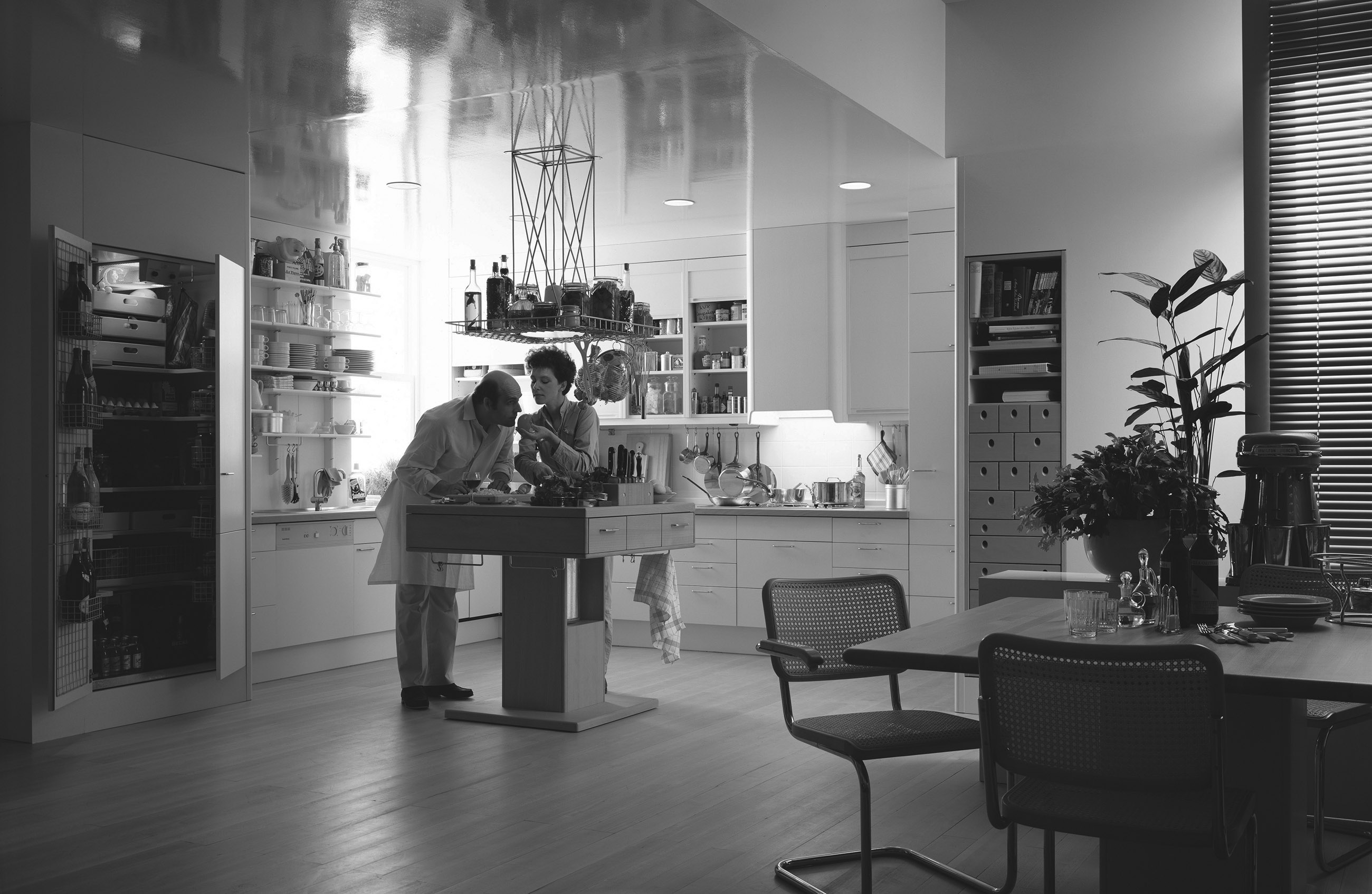 The joint effort of these two visionaries led to highly innovative developments such as bulthaup’s system b, launched in 1984 –a kitchen furniture system based on reassessing the work carried out in the kitchen with a primary focus on ergonomics– and the KWB workbench, from 1988 –an independent functional unit which brought together all the essential work areas into one ergonomically designed element.

In the 1990s, bulthaup, attuned to the changing ways of an increasingly nomadic society and to the digital revolution, launched systems 25 and 20, in which flexibility, functionality, and domesticity were not viewed as opposing -but rather as complementary- values, thus consolidating the brand as one synonymous with innovation and quality.

At the turn of the millennium, bulthaup launched three new systems: b3, b2 and b1. Introduced in 2004, bulthaup b3 made it possible to bring the walls to life, underscoring the light, floating character of the kitchen with clear lines and thin materials.

In 2008, b1 and b2 made their appearance. System b1, characterized by its clear formal language, emphasized the key elements in life: family and friends, pleasure and communication. System b2, with its unique combination of a workbench, a tool cabinet, and an appliance cabinet, pared the kitchen down to its bare essentials.

In 2010, the founder’s grandson Marc O. Eckert was appointed to lead the company. In so doing, bulthaup reinforced its position as an independent family business –and in 2017, the company launched bulthaup b Solitaire with the aim of definitively blurring the boundaries within the living space to enhance social interaction and strengthen the sense of community.

The importance of values

From the kitchen sideboards of the 1950s to today's b3, b2, b1 and b Solitaires, all bulthaup products combine attention to detail, functionality and clear lines with a passion for perfect craftsmanship and the best materials. With the concept of "authentic materials," founder Martin Bulthaup established a key element of the company's philosophy which continues to hold true today and gives its distinct hallmark to every bulthaup kitchen. 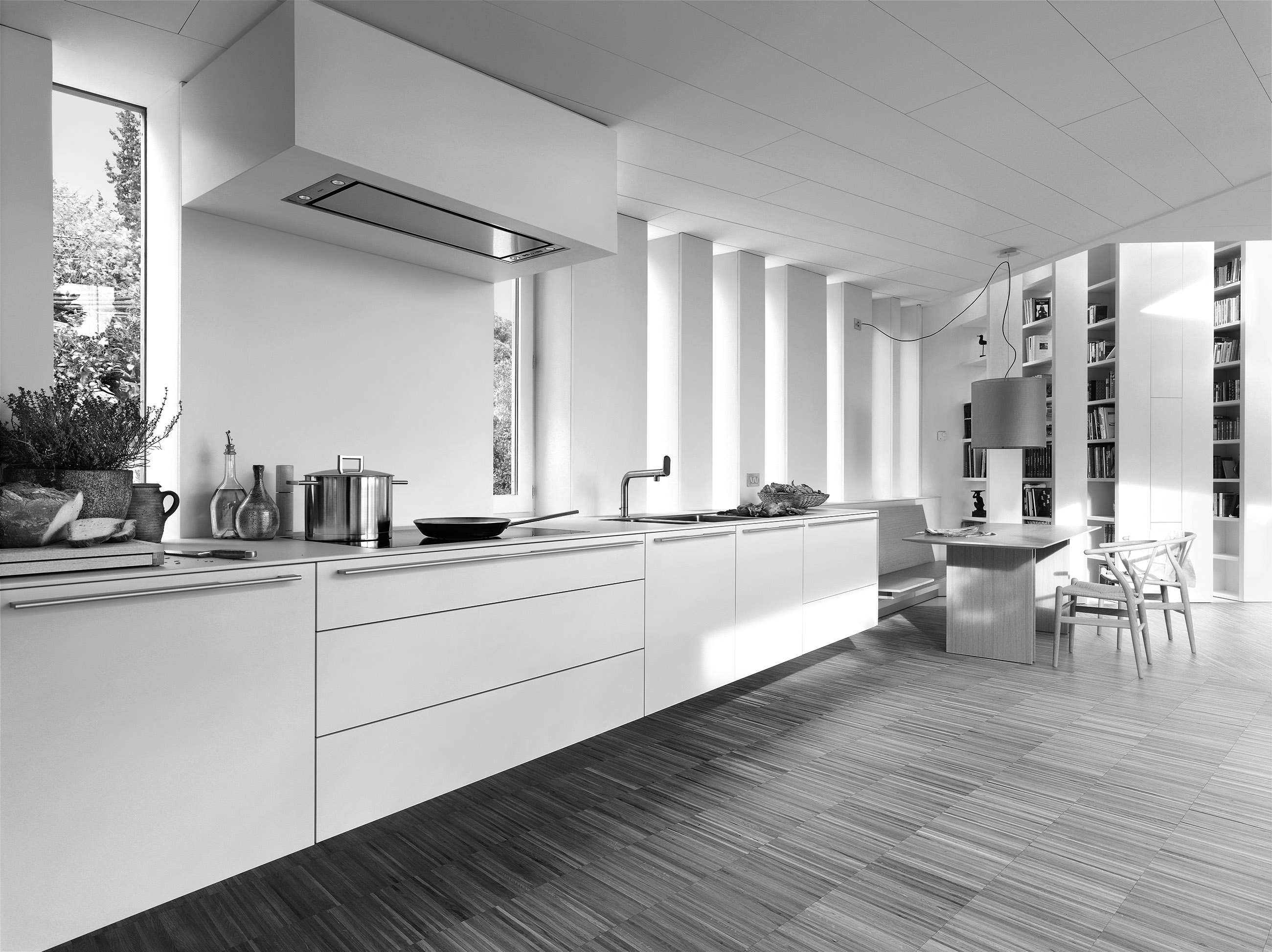 change apply
On the bulthaup website, we use first- and third-party cookies. These comprise: essential cookies, which are strictly necessary for using the website; functionality cookies, which offer you more convenience when you use the website; performance cookies, which bulthaup uses to generate aggregated website usage data and statistics; marketing cookies, which facilitate the display of relevant content and advertising. By clicking on “Accept all cookies,” you consent to the use of all cookies. Under “Settings,” you can customize your preferences and revoke, for future effect, any consent granted.
Accept all cookies
Settings
What Are Cookies?
Essential Cookies
Performance Cookies
Functional Cookies
Marketing Cookies
What Are Cookies?
Cookies are text files that are stored on your device by your browser for the purpose of remembering specific information. Using the information stored and returned, the website concerned recognizes that you have already accessed and visited the site with the browser on your device. Here at bulthaup, we use this information to optimally design and display our website in line with your preferences. Only the cookie itself is identified on your device. Personal data will only be stored with your express consent or, where necessary, to enable use of the service provided by us and accessed by you. Click on the various categories for further details. Here, you can also customize your preferences and revoke, for future effect, any consent granted.
Accept all cookies
Save Settings
Essential Cookies
Essential cookies enable functions without which you would be unable to use the bulthaup website in the intended manner. These cookies are deployed solely by bulthaup (first-party cookies). This means that all information stored within the cookies is returned to the bulthaup website. One use of these cookies, for example, is to allow you – as a registered user – to remain logged in when you access various sub-pages on our website, meaning that you do not have to reenter your log-in details every time you access a new page.
Save Settings
Performance Cookies
Performance cookies collect aggregated information about how the bulthaup website is used, with a view to increasing its attractiveness, content, and functionality. These cookies help bulthaup to determine whether sub-pages of the bulthaup website are visited, how often they are visited, and the length of the visits, as well as which content is of particular interest to users. These cookies also track search terms, the country and region (and, where applicable, the city) from which the website is accessed, and the share of mobile devices accessing the bulthaup website. We use this information to compile statistics in order to tailor the website more closely to your requirements and optimize the bulthaup offering.
Accept all performance cookies
Save Settings
Functional Cookies
Functional cookies allow the website to remember information previously provided (e.g. registered username, language preference) and to use this information to provide you with more convenience by means of improved and personalized settings. These cookies only collect and store your information in such a way that your activities on other websites cannot be tracked.
Accept all functional cookies
Save Settings
Marketing Cookies
Marketing cookies originate from external advertisers (third-party cookies) and are used to collect information about the Web pages visited by the visitor, the aim being to develop and display target group-relevant content and advertising for the visitor.
Accept all marketing cookies
Save Settings