While present throughout the history of society, gastronomy has recently moved center stage in terms of media attention, and at the beginning of the 21st century became a focus of aesthetic and ethical reflection and artistic praxis. From being the theme of works of a more or less religious or decorative nature, and a recurrent topic in painting and sculpture for centuries in a stream that goes from the asarotos oikos of the classical period through to still life, Arcimboldo, the Last Supper of Leonardo and the picnics and feasts of the Impressionists, up to the artistic movements of the early 20th century, cuisine, culinary products and gastronomic processes are today a frequent subject of conversation, an object of public interest and politics, the justification for the acquisition of equipment with a futuristic appearance, and the purpose of processions to dining spaces glorified by chefs and stars, forks and other symbols of success that gravitate around them.

Aware of this phenomenon —the new centrality of gastronomy in contemporary society— artists use it in their work, establish partnerships with chefs and culinary laboratories, and, recognizing the authorship element in gastronomic work, appropriate culinary modes of production, themes and tools. Outside the world of arts and culture, or well-informed circles, it is left to the ordinary citizen to watch the contests that promise to transform their peers into titans of the stove on television and other media. Never before has work in the kitchen been given so much space in the media, as culinary talents compete alongside sports personalities, socialites, celebrities and politicians for audience ratings. 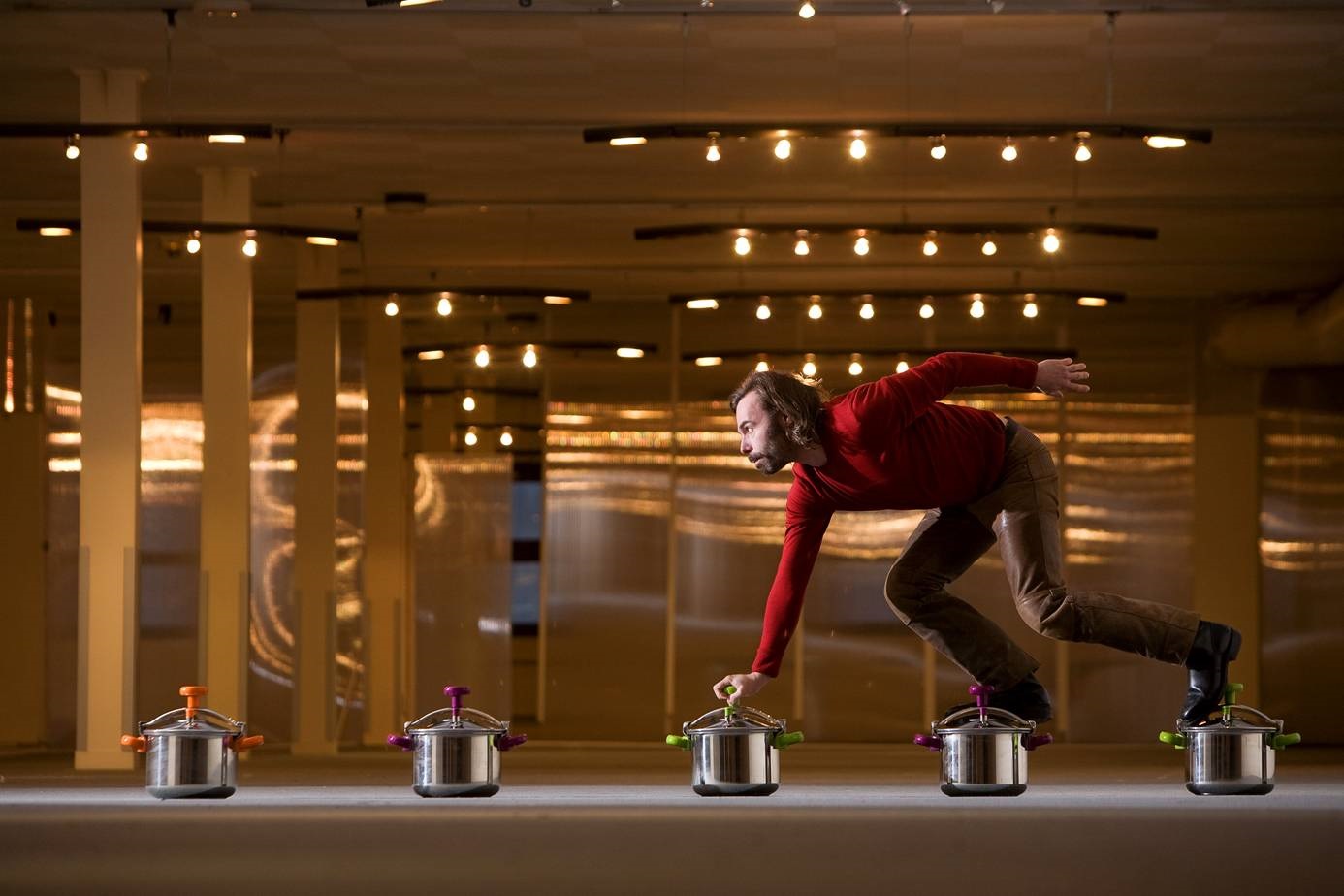 Into the heart of artistic creativity

Moving on to the matter at hand, —the eruption of cuisine, its agents, and its processes into the heart of artistic creativity— we might consider this trend to be a case in point that demonstrates the vitality of contemporary art and its capacity to reflect on the society to which it belongs. At a time when it is easy to access food – historically food has never been so cheap, plentiful and available – people (in the Western world) redirect their appetite to other levels of enjoyment. The gastronomic experience has moved on from satisfying a basic need (as with clothing) and become a symbol of the level of economic and social well-being, of intellectual status or a statement, all the more relevant for its ephemeral, unique and individual character, despite the eminently social nature of gastronomy.

Terms, concepts and themes such as fair trade, food and product traceability, certification, terroir, which have to do with the appropriate and responsible management of resources, are inseparable from cuisine and the creative activity of culinary agents, who influence public opinion and activities through their selection of suppliers and products, creating trends by adding to or excluding certain processes, presentations and products from their restaurants’ selections.

Along this same line of thinking, and without dismissing the relevance of past examples, it would be appropriate to further define the subject of this text in cases which are sufficiently close both in time and in terms of recognizable impact. In literature, in addition to Filippo Tommaso Marinetti’s Cucina futurista or Salvador Dali’s Les dîners de Gala (this without any programmatic intent), it is worth mentioning Orphic Fodder by Mimi Oka and Doug Fitch, La Conversation by Meneau, Gissinger and Stassart, and Comida para pensar by Ferran Adrià (with the participation of artist Richard Hamilton and commissioner Vicente Todoli), which reflects the seminal experience of the Catalan chef in representing Spain at Documenta 12 in Kassel.

In terms of artistic activity and its connection to the field of gastronomy and/or catering (and without forgetting Leonardo and his Florentine tavern Delle Tre Lumache, his inventions and activity as master of feasts and banquets for the Sforzas), we should highlight the trio of artist-restaurateurs Daniel Spoerri, Gordon Matta-Clark and Antoni Miralda, the work of Paco Cao and the Pantagruelian performances of Tiravanija and the abovementioned Japanese-American Orphic pair.

The three restaurant projects of Spoerri, Matta-Clark and Miralda, between the late 1960s and the mid ‘80s, the first in Dusseldorf, the others in Soho and Tribeca, New York, revisited the tradition of spaces where bourgeois culture developed, small circles where artistic issues were debated around food and drink.

In Dusseldorf, Spoerri had the dual function of cook and programmer of the adjacent gallery, and in New York, Miralda pioneered the promotion of Spanish gastronomy for clients such as Michel Basquiat and Andy Warhol, while Matta-Clark commissioned a guest artist to design the daily menu. More recently we have the cases of restaurants opened in France at the Palais de Tokyo and the Mac/Val by the historian and art critic Gilles Stassart (interviewed by Expresso in the bulthaup Amoreiras space this year); The Pharmacy, in London, a joint venture by Matthew Freud and Damien Hirst; Larry Gagosian’s partnership with Japanese chef Masayoshi Takayama at New York’s Kappo Masa and Madrid’s successful Matador Club, which attracts art collectors and gastrophiles every day. In Portugal we have some activities such as the Trienal o Alentejo (Triennial in the Alentejo), of 2013/2014; Mar e Montanha (Sea and Mountain), of 2015/2016; and Fazer Render o Peixe (Making the Most of Fish) of 2016/2017.

These projects are based on a curatorial and idiosyncratic production team that includes members from the field of political communication and film, as well as journalism and gastronomic criticism, and which has been organizing art residency programs in Portugal outside the large urban centers, inviting cultural agents to stay in regions with very marked characteristics in a process of reflection closely linked to endogenous production, in which agriculture and cooking has had an increasing relevance. The Triennial, a highlight of which was the performance of the 500 Grandmothers Lunch by Tatsumi Orimoto (a member of the Fluxus group and a former collaborator of Nam June Paik) at the Convent of São Bento de Cástris in Évora, a community celebration around Alentejo gastronomy and gender issues, with the collaboration of chef Pedro Mendes (also responsible for the Matador Club dinner at bulthaup Chiado in May 2016, part of ARCO’s VIP program) resulted in a wine being launched under a Pierre Gonnord label. Mar e Montanha was organized around pairs of artists and chefs, collaborative couples in which the cook is also the guide in the territory where he searches for and selects the products, and each artist is assigned a key ingredient: fleur de sel, almonds, tuna, octopus, carob… Mónica Bengoa worked with sweet potatoes, Eugenio Ampudia with barnacles, Miki Leal with prickly pears. Starred cooks like Dieter Koschina, Hans Neuner, Ricardo Costa and Leonel Pereira worked with artists in their kitchens to create videos, ceramics, surgical glassware, and new recipes.

In the final cycle, artistic and gastronomic projects were presented simultaneously: Miki Leal and Beatriz Lobo worked with the Galician chef Fernando Agrasar, and Gilles Stassart, wearing his cook’s hat, partnered with Doug Fitch after the latter’s collaboration with Antoine Westermann on the creation of the Le Coq Rico space in New York. Everything within a gourmet spirit much in keeping with the bulthaup philosophy, demonstrating —as Cristina Gimenez pointed out— that gastronomy is one of the cultural areas where creativity reaches the highest levels of innovation and excellence. 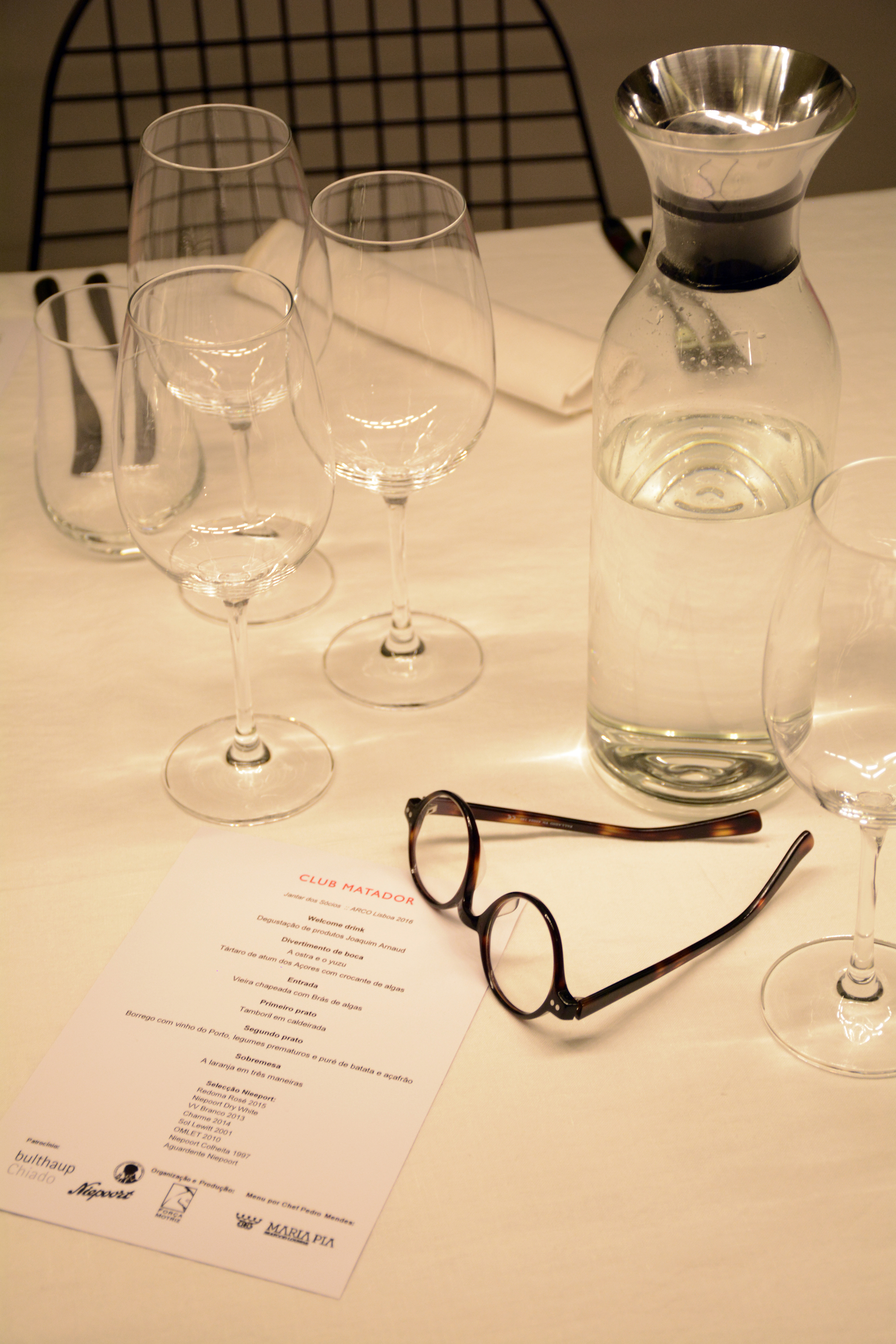