The winner of the 2017 bulthaup | The kitchen as a living space" competition: The M3 house by Osvaldo Luppi

For the 2017 edition of the "bulthaup - the kitchen as a living space" award, the members of the jury refined their arguments in several deliberation sessions until they honed down their final selection. Based on this short list, a unanimous preference emerged for a project that stood out as particularly bold and original: the award was granted to the M3 house in acknowledgment of the solutions chosen by architect Osvaldo Luppi, in collaboration of bulthaup Nicolau for the kitchen area.

From the Modern Movement to the Mediterranean courtyard

The M3 house —a single-family residence located in the exclusive Bendinat area, on the coast just west of Palma de Mallorca—was conceived as a series of volumes that interconnect to make the most of the natural light and the views from the site's location near the sea, organized in such a way that the home is both sheltered from the neighboring properties and provided with interior courtyards that make for a stunning interplay of shadows, flows and light.

Pure lines and an emphasis on geometric forms typical of classic twentieth-century modern architecture are coupled with local vernacular values and the quest for shade and privacy found in traditional Mediterranean dwellings. While Mies van der Rohe and Frank Lloyd Wright sought to open up the domestic realm to the outside, whereas ancient Roman and Arab houses sought the cool air and the privacy of inner courtyards, Osvaldo Luppi's M3 House has succeeded in combining the best of both worlds. 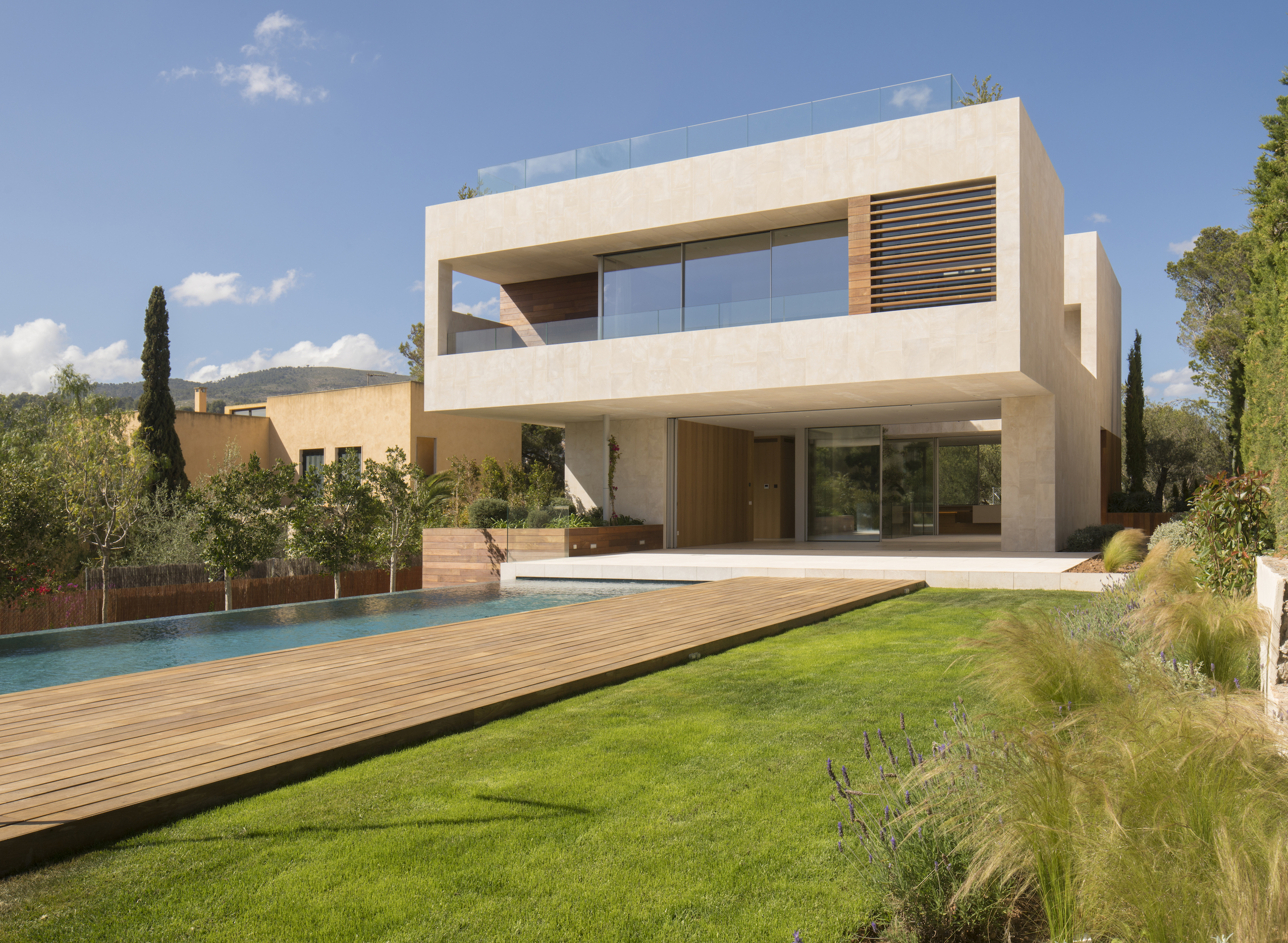 In this interplay of dualities, materials are used to create contrasts. The exterior of the construction is covered with marés, the light-colored sandstone so often used in Mallorcan architecture; sensuously-fluted wood coats the walls, and gray natural stone flooring is used inside and outside the house, turning the kitchen, courtyard, dining, and living areas into one large open space. The pool and terrace, in turn, culminate in an outdoor dining area.

bulthaup, where life comes together

bulthaup, where life comes together

The key piece around which life in the open central area revolves is what led the jury to an undivided conclusion: an atypical bulthaup kitchen with a striking personality. In a contrasting hue that harmonizes with the wood covering the interior walls, the bulthaup b3 natural oak finish underscores the vertical and horizontal lines with its rich grain; the worktop, made of the same natural stone as the interior and exterior floors, reinforces the project's aesthetic unity.

The architect designed a bold cooking unit whose outer limits, in turn, define the width of the large adjacent table, also made of oak —the perfect place to gather, share a meal and chat or simply sit and gaze at the changing colors in the sky; the bulthaup hub that draws people together.